A Little Bonsai History for Beginners 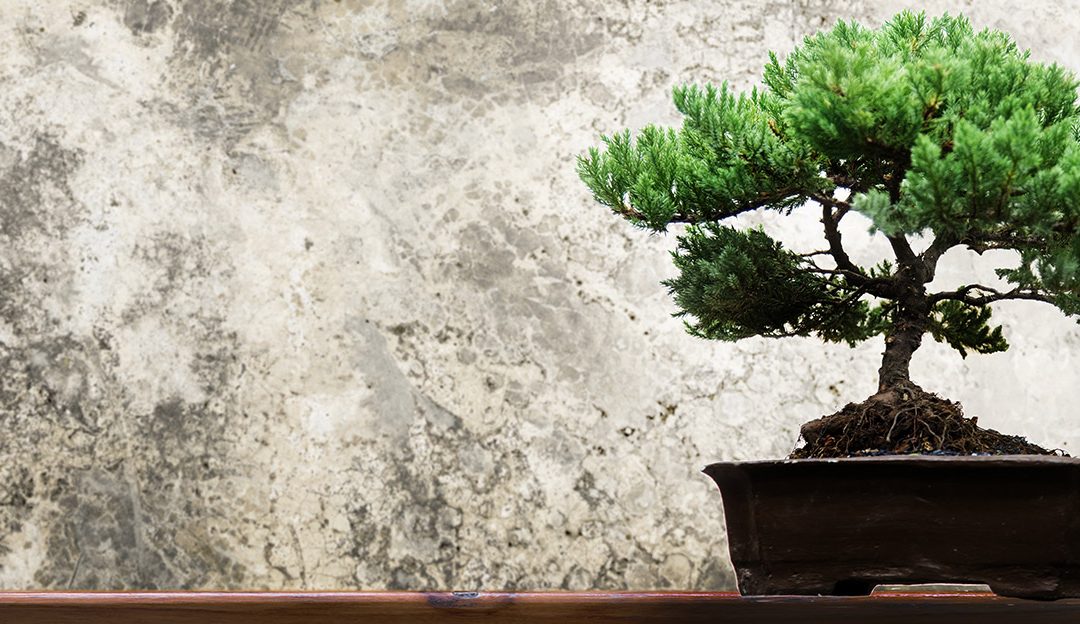 Though bonsai is widely recognized as a Japanese art form, its roots can be traced to China as far back as the Han Dynasty in 210 B.C. In fact, their earliest documented proof of existence can be found in the tomb of Prince Zhuang Huai, who died in the year 706. Wall paintings in the prince’s tomb depict servants carrying a miniature landscape.

The solitary sample trees raised in China more than a thousand years ago were very basic. They displayed very little foliage and their gnarled roots and trunks resemble animals, most notably fiery dragons, arched serpents, and other imaginative creatures and landscapes. Today these ancient bonsai remain among the most highly prized.

Embraced by the Japanese

It wasn’t until the 12 th century that the Japanese began to adopt bonsai, as they did many other Chinese art forms. The art and technique of dwarfing trees became popular with Zen Buddhists, and for many years was restricted to the religious seclusion of monasteries. The art of bonsai eventually evolved outside the monastery walls, however, and became a symbol of prestige and honor among Japanese aristocrats.

By the 17th century, bonsai had become one of the most preferred of all the Japanese arts, and had far surpassed its development as an art form in China . Eventually, bonsai trees were brought indoors by the Japanese elite, at first to be displayed on special occasions. Eventually they would become integral to the tokonoma, a place in the Japanese home where valuable ornaments and prized possessions are displayed.

It wasn’t long before the art of bonsai permeated all of Japanese culture and became common even among the public. Now firmly established in the culture and traditions, bonsai began to take on diverse styles. Artists strived to introduce unique elements to their bonsai plants, including rocks, supplementary landscapes, and small buildings or bon-kei. With the bonsai’s cultural boom, the artistic possibilities were almost limitless.

It wasn’t until the middle of the 19 th century that the art of bonsai opened up to the rest of the world, after centuries of isolation in Japan despite the cultural boom. Travelers who visited Japan raved about the miniature trees in ceramic containers that mimicked the age and weathered appearances of full-grown trees in nature. Exhibitions began to appear in London , Vienna , and France , including the Paris Word Exposition in 1900.

The world’s eyes were open, and The Japanese learned to capitalize very quickly.

Nurseries were dedicated to slowly grow, train, and export bonsai, and different species were being trained that were more suited for worldwide climates and artistic tastes. At the end of World War II, interested in bonsai was sparked in the U.S. when soldiers returned from Japan with the trees in tow. It became an invaluable opportunity for Japanese Americans, whose knowledge was important to Americans eager to learn the art.

The bonsai as “modern art”

Today, for better or for worse, bonsai trees can be found in department stores, garden centers, and nurseries, and are even sold over the Internet. It has grown to become a widely respected horticultural art form in the U.S. , South Africa , and Australia . But even as the popularity of bonsai reaches greater heights, one thing has not changed. As an art form, it represents the harmony between man, the soul, and nature. It is a philosophy with centuries-old roots that still defines this ancient yet somehow modern art form.

DISCLAIMER: The content provided in this article is not warranted or guaranteed by Thunderstruck Bonsai. The content provided is intended for entertainment and/or educational purposes in order to introduce to the reader key ideas, concepts, and/or product reviews. We are not liable for any negative consequences that may result from implementing any information covered in our articles or tutorials. Happy bonsai gardening.